Dane Jensen is an independent curator of contemporary art living in California.

Other recent events include Hay Fever at the Oakland Museum of California, Oakland, CA, a research based, programmed event and publication exploring the counter culture emerging from Nevada City, California and the surrounding areas, settled in the 1960's by the bak-to-the-land movement in the Bay Area. Hay Fever brought together experts who spoke to a myriad of topics including rope making, wildcrafting, and The Whole Earth Catalog. The talks were accompanied by dandelion wine tastings and square dancing. Hay Fever was organized in collaboration with students in the Curatorial Practice Program at California College of the Arts and Rene De Guzman, Stijn Schiffeleers, Sasha Archibald, Mirian Lakes of the Oakland Museum of Art as well as Adam Lerner of the Museum of Contemporary Art, Denver. It was produced with support from the FOR-SITE Foundation.

In 2010, in collaboration with the Consulate General of the Netherlands he organized a screening of Maarten Baas: Real Time: Sweepers at the Yerba Buena Center for the Arts, San Francisco, CA. The temporal work, a twelve-hour surveillance video, is a fictional construct of workers who methodically sweep debris piles. The forms produced by the debris piles visually approximate the hands of a clock. For the duration of the video the workers shift the 'hands' to 'real time' allowing the film to operate pragmatically as a functioning clock. Real Time: Sweepers was projected nightly, at a monumental scale, from an adjacent building onto the facade of the Yerba Buena Center for the Arts. The screening was part of a festival called Seeing Orange, exploring Dutch culture throughout the city of San Francisco. 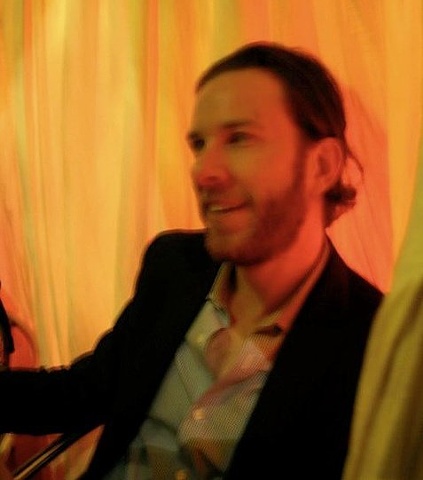