Gunner SPC David Johnson and Assistant Gunner SGT Justin Javar fire illumination flares over the city of Mosul, Iraq with a 120mm Mortar Cannon from a Mortar Carrier Stryker (an eight wheeled medium armored weapons combat troop transport vehicle). The illumination flares being fired will brighten the city in hopes it will help deny the terrorist terrain so they are less likely to place IED's. The photo gives the viewer the sense of the deafening sound, the force of the cannon and the intensity of continually firing it 5 to 10 minute intervals for hours at a time. 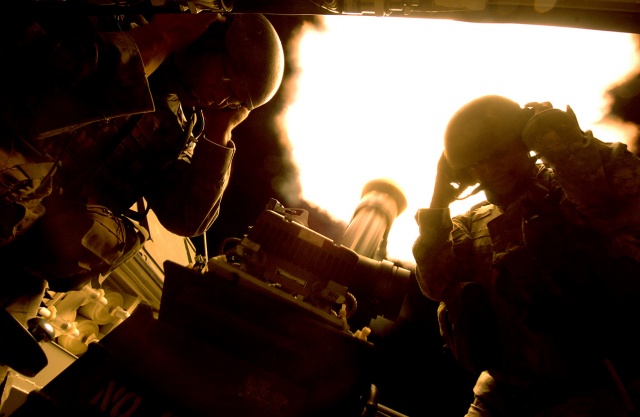