Of all the firefights and dead bodies I witnessed in this war, this mission to cover live fire training exercises in a war zone was one that took its greatest toll on me. It was three weeks of pure hell not so much for the violence but for the psychological effect the war has on soldiers. For three weeks my partner, Staff Sgt. Niki Prodromos a videographer and I fought off millions of flies and lived three stories underground in a bunker located on a site of a former Saddam-Era chemical base. The air was thick with dust, tiny white bugs and the gallons of bug spray we used to kill them. Even though we had lights down in the bunker, the overall effect was still one of darkness. We only had to be there for three weeks but the soldiers living there experienced it every day. This photo captured the loneliness and gloom of our experience there. 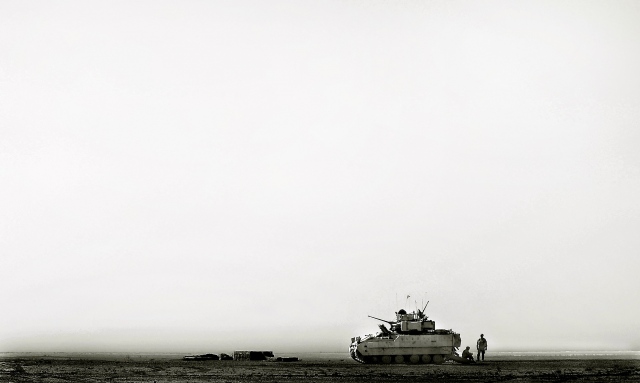