An American soldier stands in front of an advertisement for auto parts and oil while out on a psychological operation (or psyop). Soldiers patrolled the area to make sure American posters printed by the U.S. Forces were being displayed in store windows. That day they found many storeowners had taken them down because of threats made by local Al Qaeda to the shopkeepers and their families. 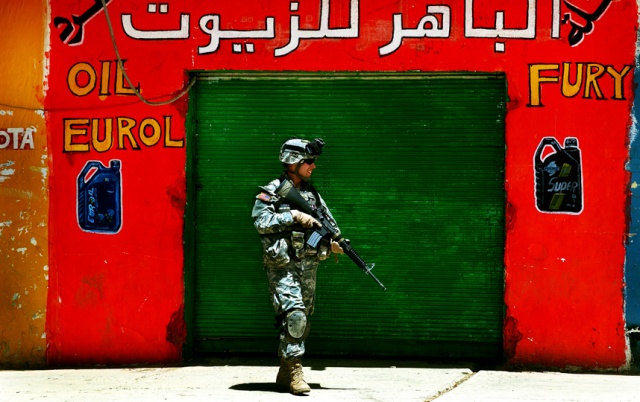