This photo was taken during a reenactment by a Special Forces team of an actual raid conducted just hours before. During the reenactment, elements of the raid were enhanced to heighten the “scariness” in order to prepare them for future missions. In an actual raid, the dog and the photographer, for example, would not be in the line of fire near the door, but would be behind the Special Forces team. While some elements may be added for dramatic effect during training reenactments, the real hazards involved with the Special Forces in Iraq provided enough intensity on their own. Michael Watkins and his team recorded footage of them rooting out and hunting down the “worst of the worst” of Al Qaeda members in Iraq during his first deployment. 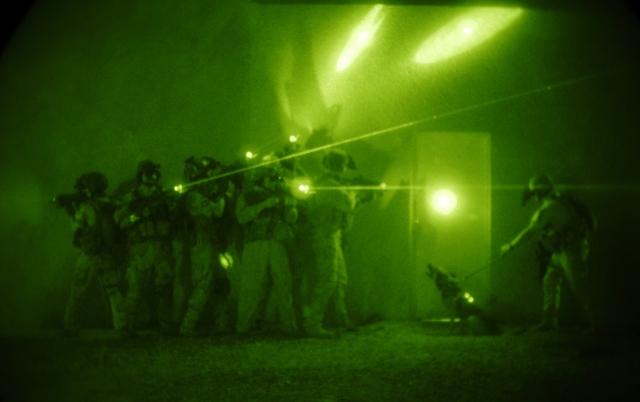