A US Army sniper sits in a bombed out building outside Kandahar Airport in Afghanistan. Just down the street is the Taliban training camp where the ubiquitous scenes of black clad trainees were captured on video practicing various exercises. This was taken during Jeremy Lock’s first “boots on the ground” patrol. 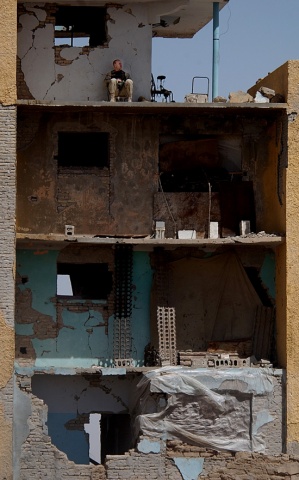