This is an image taken in the Diyalla Province at the American Forward Operating Base Caldwell in Iraq. The base would put on fights as well as a music performance by the Three Rivers Band every Friday night as a morale booster for those stationed there. They were very popular and well attended with about 1,500 watching. The boxers were men and women who volunteered and the event was refereed by a former professional boxer. The fights were real and more than just sparring session as fighters trained for a period prior to the match and at times were even hurt during them. The ring was built by local engineers with what they had on hand on the base and while it looks a bit makeshift it is a large improvement over the previous version. 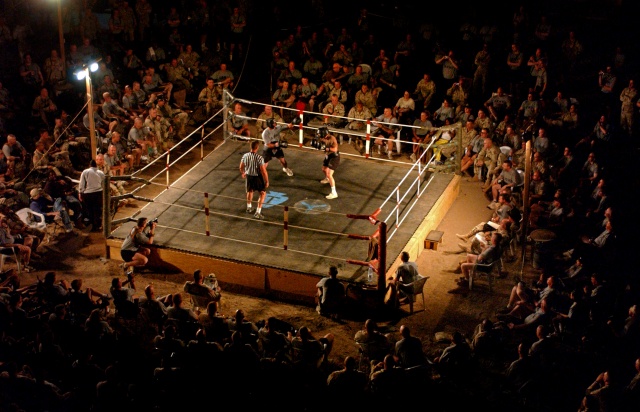