US Marines join in a game of soccer with members of the Iraqi Police at a new Observation Post and Iraqi Police Station in the Sana'ee District of Fallujah, Iraq. US Marines, Iraqi Army, and Iraqi Police worked together to build observation posts throughout the city in an attempt to quell the violence in the area. 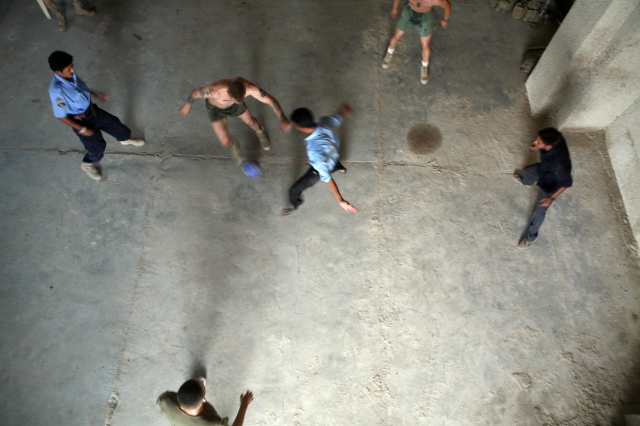