This photo was taken of an Iraqi soldier during a drill in cordoning on the grounds of a brick factory. A combination between stray and guard dogs lived in the yard. The area was so rich with oil that the children who worked in the factory would siphon it from the ground and add it directly to the fire used to make bricks. The air was so polluted that American soldiers stationed across the street received an automatic 20% disability compensation. This factory is one of 175 in the area. 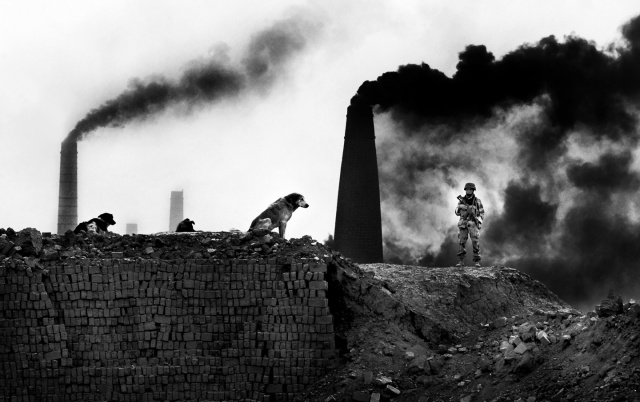