This photograph was taken in Al Fallujah, Iraq, the city that played host to arguably the war’s most intense and important battle. Lance Cpl. Harrison Lee Jr., is a member of the Navajo of the Cliff Dweller People from Sanostee, N.M. (Navajo Nation).

Only a week after this photo was taken, Lee was standing guard on top of an observation post when it was hit with an RPG. The force of the blast caused the post to collapse on top of him as he took shrapnel up and down his leg. Miraculously, Lee ended up with only minimal injuries, and, despite his injuries, was able to finish out his tour. 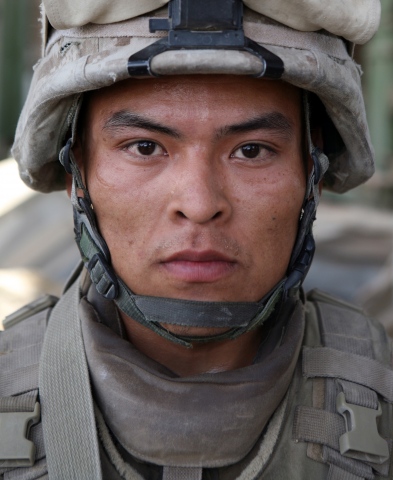