Blood from the injured stain the walls at the site of a suicide car bomb attack on an Iraqi Police over watch station in the neighborhood of Al Masarif, Mosul, Iraq. The car bomb detonated near the front door of the compound killing the driver, one Iraqi Police Officer and wounding two other Iraqi Police. Photographer Jeremy Lock thought this scene was indicative of the chaos that day. He said he could see the desperation in the hand print as someone who was injured and wanted to escape the building. 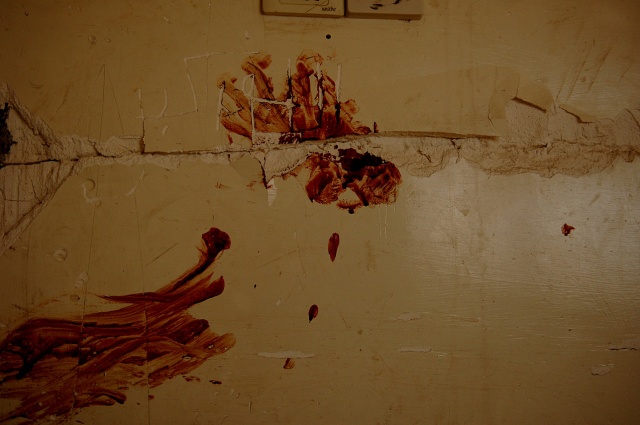