Wearing a keffiyeh to conceal his identity, an Iraqi Policeman heads out from the Al Huriya Police Station in Ramadi, Iraq with U.S. Forces during one of many such patrols for insurgents. Many who volunteered to keep their village safe were in such fear of reprisal for themselves and their family, they would arrive at the police station covered and remain that way until after their work was done for the day. 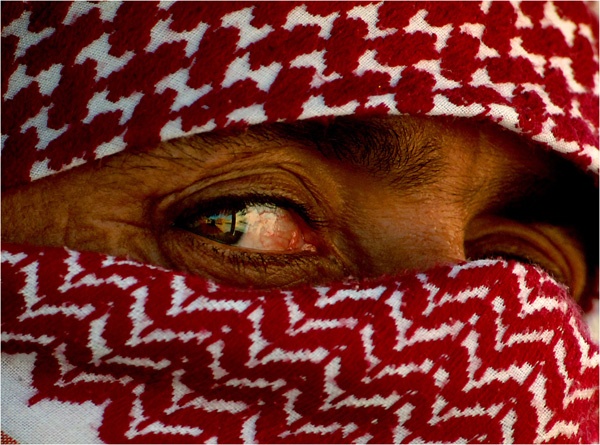