A tear rolls down the cheek of one of two Iraqi boys who were being held by U.S. forces for breaking curfew until the soldiers completed a series of raids in the boy’s neighborhood of Hay Al Tinek, Mosul, Iraq. The raids detained seven individuals from the including Aboud Al Braho, a leader of numerous cells under the Ansar Al Sunna terrorist organization. 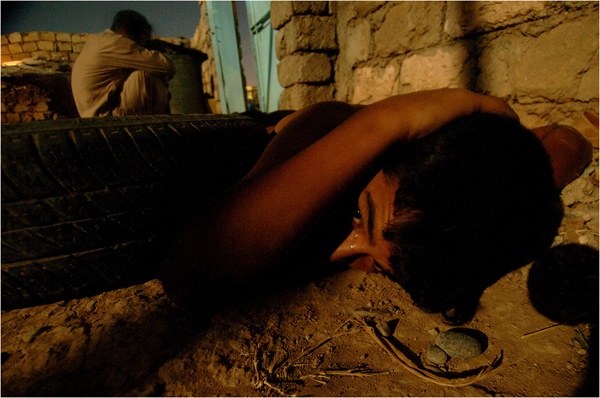