Soldiers conduct an early morning cordon search of a house in the North West neighborhood of Al Nijar, Mosul, Iraq. Nine Iraqi's were detained in the searches who were suspected of terrorist activity in connection with facilitating the use of IED’s. 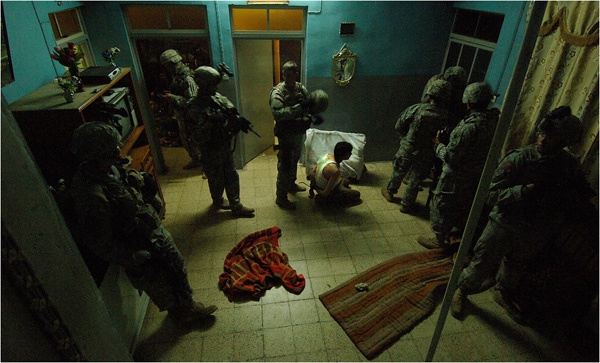