I arrived at Baghdad International Airport on April 10, 2003, just days after it had been taken by U.S. Forces. In fact, I flew in with the team that would assess whether the runway was safe to use. At first we were excited just to be there, but we quickly realized all the real the action was taking place outside the wire.

Over the next three and a half months, Sgt. Dawn Anderson, my videographer teammate, and I were constantly pleading with troops to take us on their missions, but we were clearly viewed as a liability because of the security situation. They would tell us, 'We need the person in that seat to have a weapon not a camera.' Although we deployed with a 9mm pistol and an M-16 rifle, this was a battle we constantly fought as photographers, and women. However our persistence paid off and they eventually saw the value in having us along to document history. - Cherie Thurlby 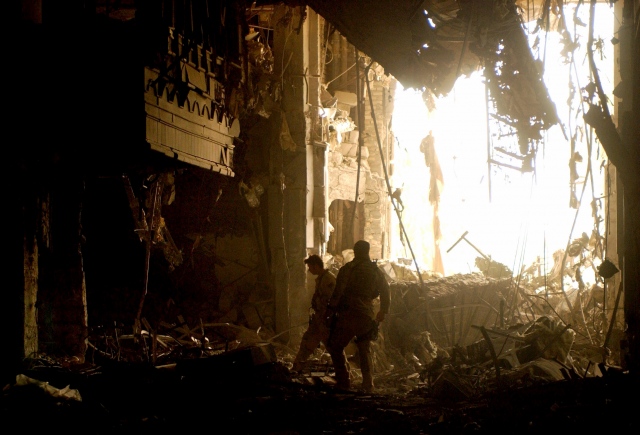