Just as the rising sun began to creep through a window spilling light into the dirty, smoke-filled sleeping quarters of an Iraqi police station in Buhriz, Iraq, U.S. Army Spec. Chris Jankowski, Spec. Joshua Philbeck and Staff Sgt. Lawree Washington began to discuss an event that transpired the previous day. One of the soldiers recounted the story of how a member of their company had been killed just feet from where they now stood.

The town of Buhriz, which borders the city of Baqubah, the largest city in the Diyala Province, was the scene of a U.S. led campaign that lasted 10 months after the city and many surrounding towns had fallen completely under the control of Iraqi insurgents in late December of 2006. Iraqi security forces and other government facilities, like the police station pictured here, became frequent targets of the insurgents. One particularly brazen attack occurred in January 2007, the same time this picture was taken, when insurgents kidnapped the mayor of Baqubah and blew up his office. Several weeks later, the bodies of fourteen captured policemen were found. Eighteen additional Iraqi soldiers and policemen were shown on television with a message that they would be executed. At least twenty-five other policemen were found dead in March of 2007 alone.

In the battles that ensued, almost all of the 300,000 citizens of Baqubah left the town deserted. One hundred six American lives were lost along with three hundred members of the Iraqi security forces and over a thousand insurgents. 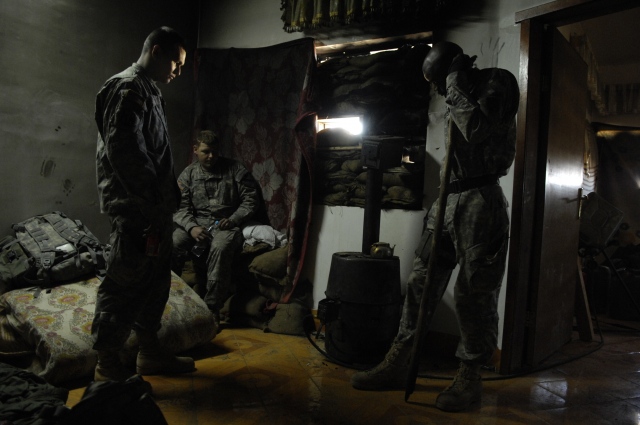